The Journal of History   Spring 2011  TABLE OF CONTENTS

This is the third and last of three parts exposing the One World Government, decent people's enemy. It is taken from https://tabublog.com/2014/01/18/revisionist-history-7-owners-of-empire-the-vatican-the-crown-and-the-district-of-columbia/ and corroborated by 3 other websites which I presented to you earlier in this edition. Peace, Arlene Johnson Editor-in-Chief

The Lord Mayor and 12 member council serve as proxies/representatives who sit-in for 13 of the world’s wealthiest, most powerful banking families (syndicates) headed by Rothschild Dynasty they include; Warburgs, Oppenheimers, Schiffs – these families and their descendants run the Crown Corporation of London — Rockefeller Syndicate runs American colony through interlocking directorships in JP Morgan Chase/Bank of America and Brown Brothers Harriman (BBH) 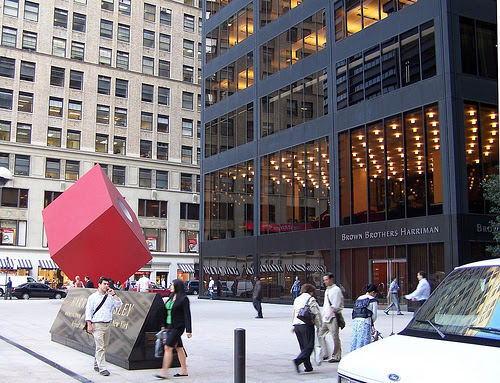 Editor's note: This previous link does not seem to want to load, at least on my computer. My apologies. they also manage Rothschild oil asset British Petroleum (BP) The Crown Corporation holds title to world-wide Crown land in Crown colonies like Canada, Australia, New Zealand and many Caribbean Islands — the British parliament and British Prime Minister serve as a public front for hidden power of these ruling crown families. ***

“Today the path to total dictatorship in the U.S. can be laid by strictly legal means… We have a well-organized political-action group in this [U.S.A.] country, determined to destroy our Constitution and establish a one-party state… It operates secretly, silently, continuously to transform our Government… This ruthless power-seeking elite is a disease of our century… This group…is answerable neither to the President, the Congress, nor the courts. It is practically irremovable.” – Senator William Jenner, 1954 speech

The constitution for the District of Columbia operates under tyrannical Roman law known as “Lex Fori” which bears no resemblance to the US Constitution. When congress passed the act of 1871 it created a separate corporation known as THE UNITED STATES and corporate government for the District of Columbia. This treasonous act allowed the District of Columbia to operate as a corporation outside the original constitution of the United States and outside of the best interests of American citizens (sheeple). POTUS  is the Chief Executive of the Corporation of the United States operating as any other CEO —  governs  with a Board of Directors (cabinet officials) and managers (Senators/Congress) Obama as others before him is POTUS — operating as “vassal king” taking orders from “The City of London” through the RIIA (Royal Institute of International Affairs) 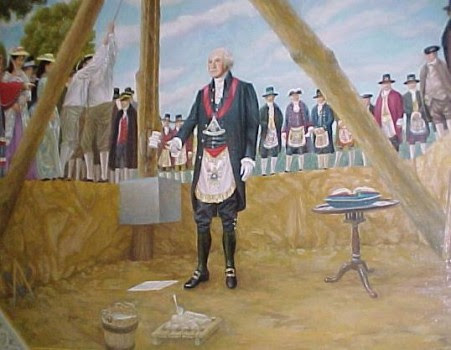 The laying of the U.S. Capitol cornerstone by Washington in full Masonic attire The U.S.A. is a Crown Colony — careful study of signed treaties/charters between Britain and U.S. exposes a well-kept secret – U.S. has always been and remains a British Crown colony. King James I not just famous for translating the Bible into “The King James Version”, but for signing the first charter of Virginia in 1606 — which granted America’s British forefathers license to settle and colonize America — also guaranteed future Kings/Queens of England would have sovereign authority over all citizens and colonized land in America, stolen from Native Americans via  genocidal methods — its  farming industry/infrastructure was developed by Africans “stolen” from their homeland, classified as property and relegated to sub-human status.

After America declared independence from Great Britain, the Treaty of 1783 was signed which identifies the King of England as prince of  the U.S. – completely contradicting the premise that America won The War of  Independence — though King George III gave up most of his claims over the American colonies, he kept his right to continue receiving payment for his business venture of colonizing America — if America had really won the War of  Independence, they would never have agreed to pay debts and reparations to King of England. America’s blood soaked War of  Independence against British bankrupted America, turning  its citizens into permanent debt slaves of the King. In the War of 1812, British torched and burned to the ground White House and all US government buildings, destroying ratification records of  US Constitution.

Most US citizens have been fooled  into thinking U.S. is a country and POTUS  is most powerful man on earth – U.S. is NOT a country, it is a corporation (colony) and POTUS  is president of “The Corporation of the United States” – he along with his officers (cabinet officials) and elected officials (congress) work for the corporation, NOT for the American people (sheeple, masses, useless eaters etc). Since the U.S. is a corporation, who owns the corporation of the United States? Like Canada/Australia whose leaders are Prime Ministers of the Queen, and whose land is called Crown Land, U.S. is just another crown colony — Crown colonies are controlled by the Empire of the three City States. from Wikipedia

The centers of all three branches of the federal government of the United States are in the District, including the Congress,President, and Supreme Court. Washington is home to many national monuments and museums, which are primarily situated on or around the National Mall. The city hosts 176 foreign embassies as well as the headquarters of many international organizations, trade unions, non-profit organizations, lobbying groups, and professional associations. A locally elected mayor and 13-member council have governed the District since 1973; however, the Congress maintains supreme authority over the city and may overturn local laws. The District has a non-voting, at-large Congressional delegate, but no senators. The Twenty-third Amendment to the United States Constitution, ratified in 1961, grants the District three electoral votes in presidential elections.

Congress passed theOrganic Act of 1871, which repealed the individual charters of the cities of Washington and Georgetown, and a created a new territorial government for the whole District of Columbia.[28] President Grant appointed Alexander Robey Shepherd to the position of governor in 1873. Shepherd authorized large-scale projects that greatly modernized Washington, but ultimately bankrupted the District government. In 1874, Congress replaced the territorial government with an appointed three-member Board of Commissioners.[29] ~~~~ 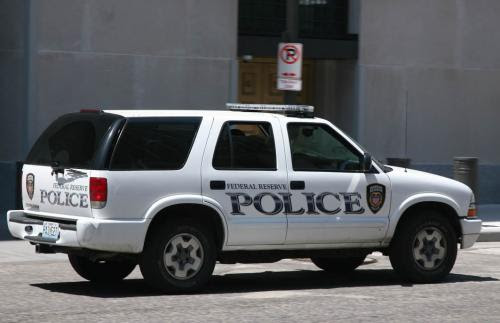 ‘The Federal Reserve is no more Federal than Federal Express’

Another means of control is through the world’s Central Banks. Contrary to popular belief, the Federal Reserve is NOT a part of the US Government. The only part that is “federal” about it is its name. It is a privately owned enterprise, and so is the Bank of England, and every central bank out there, including the World Bank. Interestingly enough, all of these private central banks are owned by largely the same group of people! This group includes, but is not limited to: the Rothschilds, the Rockefellers, and the Warburgs and their interests. Essentially what they have is a monopoly on money.

All money that is out there is a loan. The central banks print the money, and then loan it to the government on interest. This is why the national debt of any country grows exponentially. This is because the money that is needed to pay back the loan comes from the central bank.. on loan! The American national debt is so great right now that every person born into the US is automatically over $70,000 in debt. This way of control is to make every citizen of the colony a willing debt-slave of the Empire. I foresee that the manufactured economic crisis of right now in the US will be used as grounds to push for a North American Union and the use of a single North American currency (to enslave an entire continent) called the Amero.

In an interview with Jim Lehrer that was aired on PBS’ News Hour on September 18, 2007 that you can watch on YouTube,

Alan Greenspan: “Well, first of all, the Federal Reserve is an independent agency, and that means, basically, that there is no other agency of government which can overrule actions that we take. So long as that is in place and there is no evidence that the administration or the Congress or anybody else is requesting that we do things other than what we think is the appropriate thing, then what the relationships are don’t frankly matter.”

The fact that the Fed is above the law was demonstrated by current Fed chairman, Ben Bernanke, during his appearance before Congress on March 4, 2009 (as shown in this video). Senator Bernie Sanders asked Bernanke about $2.2 trillion in American tax dollars that was lent out by Federal Reserve.  Bernanke refused to provide an answer:

Senator Sanders: “Will you tell the American people to whom you lent $2.2 trillion of their dollars? … Can you tell us who they are?”

The American mind simply has not come to a realization of the evil which has been introduced into our midst. It rejects even the assumption that human creatures could espouse a philosophy which must ultimately destroy all that is good and decent.”  —J. Edgar Hoover

so we pay taxes to a privately owned foreign corporation based in the City of London folks!  When we make a check out for tax payment in California, etc. we make it out to the ‘Franchise Tax Board’, a subsidiary of the USA Corporation, a private corporation.

In the USA the Federal Reserve Bank is owned by 8 families, most live in Europe; they pay NO TAX on the Trillions of Interest they generate from the National Debt of the USA, which enslaves the US People. The IRS is a Collection Arm of the Federal Reserve Bank; the IRS is NOT an Agency of the US Government. The Federal Reserve is not Federal nor does it have any Reserves; its main asset is the Bonds received from the US Government which give the US Government the power to spend the money created from the monetization of the credit of each American used as collateral and then brought into circulation. During the Depression of the 1930′s the same Wall Street Bankers received bailouts just as has happened recently. When will the people of America wake up?